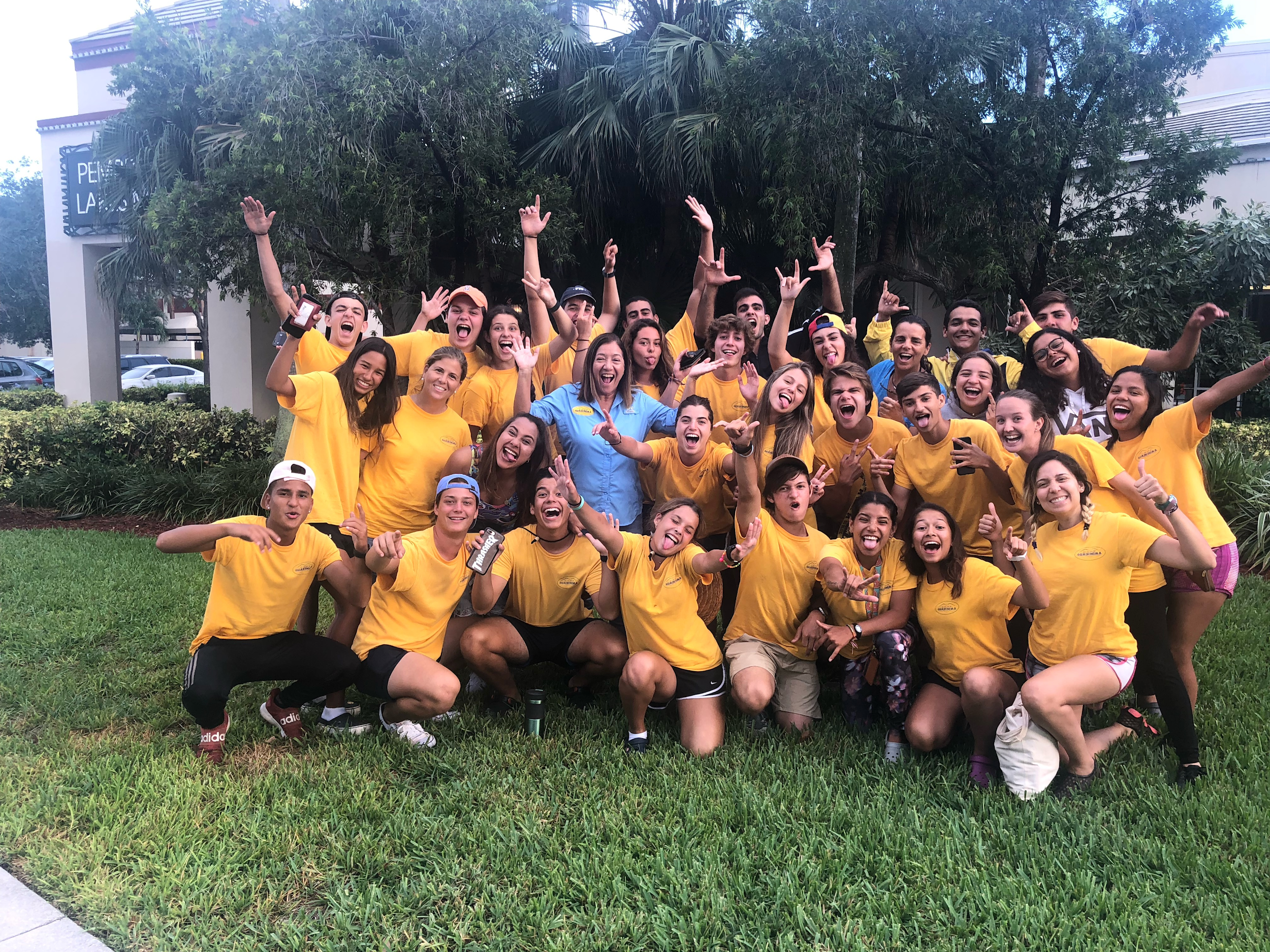 In Camp Guaikinima we care about everything that involves the activities of kids beyond the gymkhana and games; the attention to details makes Camp Guaikinima different from the rest, we have a rigorous logistical control so that your children and teens can feel comfortable and when we face the language barrier that is not a problem.

In Guaikinima we have a goal that here #SeHablaEspañol, especially because Spanish is the second most spoken language after Chinese, did you know that? A foreign language helps high school students improve their classes without requiring an extra service learning.

Also, learning a new language gives them the opportunity to have a cultural immersion that allows them to return home with good learning that will last forever and will help them for the future. For this reason, we know how important it is for kids to use a language that they have probably already had first contact with, and maybe it is their native language.

There are many teens who have joined our summer program who are from Latin America, countries like Costa Rica, Mexico, Venezuela and many more enter into the same connection and there is a common point for all kids.

We present below our five reasons that are summarized in: recovering, learning, improving and perfecting the language to reach the goal of being bilingual.

If your kids already speak Spanish as their mother language but, since they were little they live in the United States it is very common that they forget their Spanish. Since, when they come into contact with other kids and their environment they adopt the language skills with which they can best express, and make themselves understood.

We all know that what is not put into practice is forgotten, that’s one of the reasons to recover the Spanish that they already know but hardly put into practice, At Camp Guaikinima they will do it.

The first reason why we speak native Spanish is because kids will have a first contact with a different language and they will quickly learn how to communicate in order to make new friends, as well as their English Friendly Counselor who will assist them if they need it.

The second reason is dedicated to those kids who have already had contact with the language, maybe they speak it but some words are difficult and here they can improve it. Many kids who have entered our camp with little command of Spanish managed to improve it almost 100% because it was very fun and they do not feel that they have language classes, they feel that they only speak it for fun.

The fourth reason is if your kids already speaks Spanish, but do not have people of the same age to converse, they may not do it so often, therefore, at Camp Guaikinima they will be able to perfect their pronunciation by speaking it all the time. It is a natural language immersion program.

Our fifth and last reason is attributed to a broader topic: your kids can be oriented to be bilingual and allows him, in the future, better options for their personal and high school  development. It is scientifically proven to improve memory and make learning easier.

There are many, many more reasons to know two languages, keeping our native language in mind, but we hope that these are enough for you to understand how important that connection with the native Spanish language is.  If you have any questions about this feature of the camp or want more information contact us by WhatsApp (954) 654-0395 or write to online chat and we will answer all your questions. Remember to register your kids on time.